Following the adoption of the European Union’s counter-terrorism strategy in 2005, the EU Strategy for combating radicalization and recruitment to terrorism has increasingly emphasized the ‘internal-external security nexus’ and the need to strengthen cooperation with key third countries in the fields of counter-terrorism, anti-radicalization, prevention, and countering of violent extremism. The fight against violent extremism has become one of the crucial objectives of the EU’s external action, particularly in the area of its extended neighborhood. However, what is the European Union really doing to preventing and fighting against violent extremism in the Maghreb? This question was at the heart of the Café Debat titled “Countering Violent Extremism in the Maghreb: The Role of the EU Under Discussion” and jointly organized by Al-Akhawayn University of Ifrane (Morocco) and the Sant’Anna School of Advanced Studies (Pisa, Italy), in the frame of the Horizon2020 research project PREVEX “Preventing Violent Extremism in the Balkans and the Mena: Strengthening Resilience in Enabling Environment” on 13th January 2021. During the Café Debat, speakers presented main insights from the Policy Brief written by Luca Raineri, Abdoul Wahab Cissé, Jack Kalpakian, Djallil Lounnas, and Francesco Strazzari. The Policy Brief summarizes the EU and other relevant stakeholders’ action in the field of prevention in North Africa and the Sahel, drawing on extensive data collection and interviews with key stakeholders. The investigation indeed includes in-depth case studies from Algeria, Libya, Morocco and Tunisia, as well as an analysis of national strategies and regional and interregional trends.

Counter-terrorism from EU conceptualization to implementation in North African countries

At its outset, counter-terrorism was circumscribed within national borders, and coss-national cooperation was almost absent. In 1976, the EU ministers of justice and home affairs established the first platform joining together multiple working groups for European counter-terrorism cooperation: TREVI (Terrorisme, Radicalisme, Extrémisme et Violence Internationale). Under the 1992 Maastricht Treaty, the TREVI working groups were reorganized under the so-called ‘third pillar’ of the EU that dealt with Justice and Home Affairs (JHA). With the Tampere program in 1999, the EU Council adopted a broad program for cooperation in the realm of police and justice matters, including terrorism. Yet, concrete outcomes were far from tangible, and it wasn’t before the 9/11 attacks that the actual agenda on cooperation materialized. The attacks accelerated stalled legislative proposals of the Tampere Program to harmonized national laws in the realm of internal security. The attacks in Madrid and London in 2004 and 2005 improved the institutionalization process at the EU level and the adoption of the European Union’s counter-terrorism strategy in 2005.

Once the agenda was established at EU level, as the policy brief outlines, counter-terrorism and fight against violent extremism have become one of the most prominent EU external action objectives, especially as far as the extended neighbourhood is concerned. However, scientific inquiry into the EU’s role in this domain has so far been limited. The debate aimed at introducing some of the key elements that emerged in the research carried out in North Africa (Algeria, Libya, Morocco, Tunisia) and in the central Sahel (Mali, Niger).

The seminar presented some snapshots of the North African countries’ approaches to religious-based radicalism. Mostafa El Rezrazi, professor and director of the Moroccan Observatoire Marocain sur l’Extrémisme et la Violence (Observatory on Extremism and Violence), and member of the Moroccan program Moussalaha (“reconciliation”) introduced the Moroccan approach. Since the terrorist attacks that killed 45 people in Casablanca in 2003, the Kingdom of Morocco runs a number of programs concerning prevention, rehabilitation and reintegration, and they are generally based upon a diagnostic that situates the person according to age, education, place of origin (along city/rural axis). The Moroccan approach includes also a psychological assessment examining the individual to the psychology of the group and then including an assessment of narratives outlined by recruiting groups. The national approach programs evolved throughout three main phases: around 2000, Moroccan authorities created programs to separate individual detainees prosecuted in cases of terrorism and extremism from their activities, and at this stage, the targets were not affiliated to any groups. Around 2010, a second educational program focused more on the prevention efforts to limit recruitments among inmates involved in general crime. Thirdly, after 2017, Moroccan authorities launched two actions: in February 2017, a program to separate terrorists and violence-related detainees from other inmates; secondly, the authorities launched the program Moussalaha (“reconciliation”), a deradicalization program implemented in prisons and managed by the General Delegation for Prison Administration and Reintegration (DGAPR). The latter aims at organising seminars to share legal frameworks for staff working in prisons, trainings about national and international frameworks and laws on terrorism and prevention of crime, programs focusing on human rights, and then psychological support dedicated to avoiding any shame and guilt feelings amongst detainees, which would hijack their involvement in the rehabilitation phases. During these activities, Moroccan authorities also trailed the United Nations Office on Drugs and Crime (UNODC) guidelines, as well as the Rome Memorandum on Good Practices for Rehabilitation and Reintegration of Violent Extremist Offenders, with some reserves around the idea of engaging with older detainees. However, according to El Rezrazi, Moroccan authorities claim one of the Rome Memorandum ideas led to undesired outcomes. The involvement of older and former detainees in the rehabilitation programs and bringing them into public space or supporting their engagement with younger detainees risks to rehabilitate their image vis-à-vis the public opinion, and suggesting criminality is a suitable option, while reopening venues of recruitment. El Rezrazi claims that the psychological approach is still under-exploited, and this may, on the contrary, contribute to shed some light on jihadism recruitment and activities.

The same idea that some unintended outcomes are brought about by these prevention and rehabilitation programs was shared by Michaël Ayari, International Crisis Group's Tunisia senior analyst. On one side, the repression from authorities has been largely acknowledged to be one of the main drivers of radicalization, so that any program brought about by the same authorities is emptied from within; on the other side, education and rehabilitation programs granted to detainees risks conveying the idea, as mentioned above, that criminal activities pays-off, especially in a late-developing country. The Tunisian case represents an example of thick cooperation with the European Union programs, in particular because the EU approach supports targets the governance of the criminal and legal aspects of radicalism and violence, not the military and security aspects of it, which are left to local authorities. At the same time, this same freedom hinders the programs’ impact in the long run as it does not engage with local needs. In addition to that, Tunisian radicalism has been one of the focus of EU action as it was deemed at the base of most terrorist attacks in Europe between 2015 and 2016. Indeed, as Ayari outlines, in 2015 jihadist activities in Tunisia were widespread and represented a political and ideological answer to socio-economic shortcomings at national level for many young people. After 2017, while the Tunisian authorities still opted for repression while cooperating with international actors, from a global perspective, the venues of recruitment have diminished, and the attacks that occurred in Tunisia have a less global agenda and more a restricted and local motivation. Lastly, the Policy Brief confirms an asymmetry on how and where programs are implemented, as Tunisian coastal cities seem to be the most frequently targeted areas, leaving central regions behind.

Algeria and Libya need a different assessment in the north African landscape. As outlined by Djalil Lounnas, Assistant Professor of International Studies at Al Akhawayn University in Morocco and co-author of the Prevex report, Algeria has opted to engage with individual member states, such as Italy and France, rather than the EU as an international institution. In particular, the country has never adopted a deradicalization program based on ideological principles. Any program is more considered a demobilization strategy, including an amnesty targeting fighters, during the Algerian National Reconciliation after the civil war, during which no external actor was involved in its design nor implementation, because this would have been perceived as undue interference in domestic affairs and sovereignty. The only EU program in Algeria supported a penitentiary reform, considered a major achievement by local stakeholders, and targeted the improvement of infrastructures and education for staff working in prisons. Libya is a more difficult case. Not only the civil war is intermittently affecting the country since 2014, but the local concept of violent extremism is captured in a thick network of manipulation, politicization, and polarization fuelled by both local and international dynamics and actors. The local definition of radicalism is not univocal and is a politicized term used amongst the militias and political actors fighting on the field. At the same time, European political dynamics have made EU policymakers customary to reducing the complexity of the Libyan security predicament and looking at the country through the lenses of a migration crisis only.

In general, the EU action is perceived to be more effective in Tunisia, based on its support of good-governance-based approaches to terrorism, extremism prevention, and deradicalisation. Unlike its member states, the EU as such is almost absent in Algeria and Libya. The Kingdom of Morocco has its own policies on prevention, deradicalization and reintegration, including a psychological assessment of radicalization, which is not shared among other north African countries. The EU support seems to reflect more Brussels’ priorities and less the local needs in establishing strategies of implementation. As the research outlines, EU action has evolved but still reflects mainly the member states’ assessments and efforts to institutionalize a European approach to counter-terrorism with less attention to local partners’ inputs. Simultaneously, the 2011 Arab upheavals have exacerbated contradictory dynamics that the EU institutions must face and theoretically quickly address. Changing governing strategies in post-2011 Arab countries span from legitimizing new institutions and rule-making as well as re-establishing older regimes architectures, political instabilities and civil wars, as well as rivalries amongst partner countries. What emerges is a fragmented approach functional to guarantee a role as a civil actor in the region and a problem-solver capacity vis-à-vis national constituency.

Cover photo: Benghazi residents set fire to the headquarters of Ansar Al Sharia on September 21, 2012, days after a deadly attack on the US consulate in the city that was blamed on the Libyan extremist group. Asmaa Waguih / Reuters 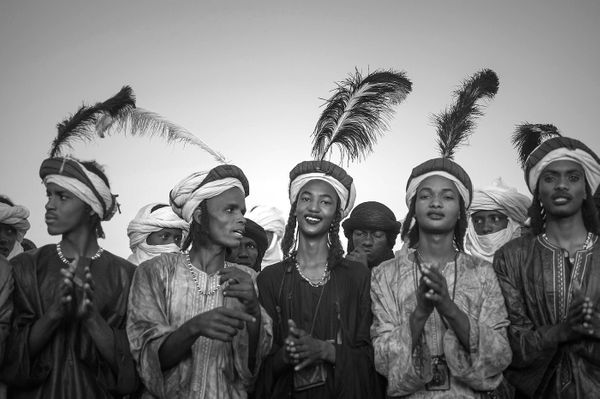 What is the role of the EU in the fields of preventing and countering violent extremism (P/CVE) in the Sahel? Following the adoption of the EU Sahel Strategy in ⋙

“We do not want a trustee rector.” Not a day passes without people in Turkey witnessing a new anti-democratic attempt. Boğaziçi University, one of the most prestigious universities in Istanbul, ⋙